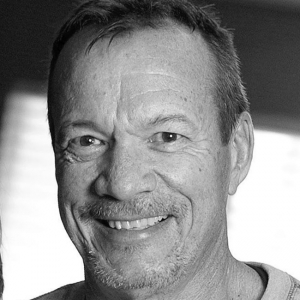 Joe grew up in New Jersey and after college, was a pilot in the Marines for seven years, followed by three years in the Reserves. He and his wife Denise founded Blue Collar Restaurant Group in 1989 when they moved to Jackson and bought Merry Piglets, then on the corner of Broadway and King Street. He believes his success is chiefly due to his employees over the years, many of whom have been with him for decades.

He believes that Jackson is a special place because people help each other and care about their neighbors.

Joe has developed affordable housing for his staff and the community by purchasing and renovating the Raver Apartments on Snow King Avenue. He is currently building the Sagebrush Apartments on Broadway and the Mercill Housing Project with the Jackson/Teton County Housing Department.

He and Denise have raised three daughters here in Jackson, each of whom has large roles in the company. They always wanted to raise their children in an outdoor environment, and the entire family enjoys recreating together. When not at one of his restaurants, you can find him training in Jui Jitsu (currently blue belt), hanging out with his family outdoors, and pursuing the next great idea.