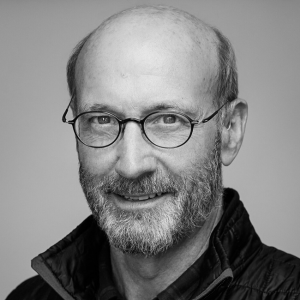 For over 40 years, John Carney has used his skills as an architect to help strengthen the fabric of Rocky Mountain communities. He is driven by the belief that architecture should be of its place and time, and therefore should also address the challenges of its place and time. This notion motivates him today more than ever as part of Prospect Studio.

Before co-founding Prospect, John built two successful architecture practices, one in Denver and one in Jackson, where he produced work celebrated for its inspired take on the western canon. A few of the most notable from his 200-plus projects include the Jackson Hole Aerial Tram Terminal and Caldera House in Teton Village, WY; the Laurance S. Rockefeller Preserve in Grand Teton National Park, WY; the Jackson Hole Center for the Arts’ Performing Arts Pavilion in Jackson, WY; and the Four Seasons Hotel and Residences in Denver, CO.

John’s deep ties to his community extend well beyond his work. Since moving to Jackson in 1992, John has served as County Commissioner, Planning Commissioner and on several boards, including the JH Mountain Resort, Jackson Hole Working, the JH Land Trust, The Nature Conservancy (Wyoming Chapter) and the JH Historical Society.

John is a Fellow in the American Institute of Architects (a distinction earned by only 3% of all AIA members) and has won over 50 design awards over the course of his career. He holds an M.A. in Architecture from the Harvard Graduate School of Design and a B.A. in Fine Arts from Stanford University. He lives in Wilson with his wife, Elaine. When not sketching homes by hand, he can be found skiing with his grandkids or playing in the Hootenanny at Dornan’s.