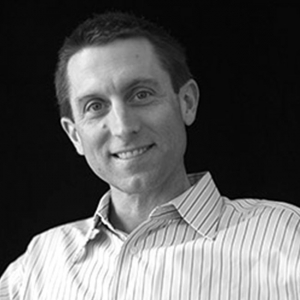 Kevin was born in Youngstown, Ohio and graduated from The University of Cincinnati with a B.A. in Communications. He has been a year-round Jackson, Wyoming resident since 1994.  He has a diverse background in hospitality.  Kevin was the Food and Beverage, Operations Manager for the Jackson Hole Mountain Resort for six years before moving on to become a hotelier for the next eight years of his career.  He enjoyed great success serving as the Assistant General Manager of the Rusty Parrot Lodge and Spa; a Four Diamond, full service, boutique hotel in downtown Jackson.  During his tenure at The Parrot, he met Phil and Betsy Stevenson, while they were guests at the lodge, which steered the course of his career path to becoming the General Manager of The Clear Creek Group, in 2009.

Kevin also participates within the community through his philanthropic efforts by serving as President of the Teton Freedom Riders, a non-profit organization, for over the last decade.  They are 100% volunteer organization that works directly with the United States Forest Service in constructing and maintaining Jackson Hole’s public trail network.  Kevin and the Teton Freedom Riders engage community members and businesses to protect trails as an asset that serves as the community’s connection to the greater Teton area’s natural resources.

With his wife Katie, Kevin resides in the Town of Jackson where they are proud to raise their two daughters, Maeve and Macy Jane.  Together they enjoy the fruits of Jackson Hole; fishing, boating, mountain biking, horseback riding, skiing, and snowboarding.