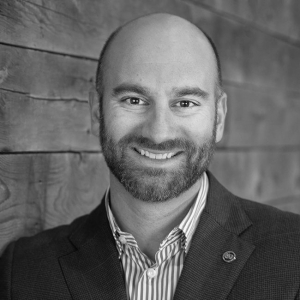 Sadek was born and raised in the small business community in Jackson. Currently, the General Manager of Hotel Jackson and its restaurant FIGS, Sadek’s success is due to paying attention to every detail at work for his guests and staff.

Sadek attended University of California, Berkeley. For 15 years before becoming GM of Hotel Jackson, he worked in finance, at both Wells Fargo Advisors and Jackson State Bank & Trust. In 2017, he was featured in the Wyoming Business Report’s “40 Under 40.” With dad Jim, his family started the summer farmer markets on the Town Square, bringing a vibrant, sustainable market to downtown Jackson for locals and visitors alike. Sadek loves being an integral part of Jackson’s downtown experience, with a family history in Jackson’s small business community for over 40 years.

Sadek is raising two sons with his wife Farah in Jackson. Together they take advantage of skiing, biking and hiking in Jackson Hole and traveling to new places.